A recent spike in season – or career-ending knee injuries to female players athletes has prompted the question: What is causing the increase of female athletes sustain ACL injuries?

Studies have shown an increase in ACL injuries is consistent across female sports participation, with studies showing an annual incidence increase of 43% between 2000 and 2015.  Most common in sports that require pivoting and jumping, including football, netball, basketball and soccer.

What is an ACL?

The ACL is your Anterior Cruciate Ligament, a band of fibrous tissue that connect the femur (thigh bone) to the tibia (shin bone).  The main function is to control stability of the knee joint when performing twisting actions, and is essential in movements like side stepping, landing from a jump or rotating.

So why are our female athletes 2 to 10 times more likely to injure their ACL than their male counterparts?

Anatomically, the female pelvis is wider (to allow for child bearing and birth), which changes the mechanics of how the bones of the leg function.  This puts more stress on the soft tissues that support the knee joint.  The higher stress can lead to chronic (overuse) or acute (sudden) injury.

Additionally, women tend to have less muscle mass around the hip and knee joint, when compared to men.  This, too, can lead to instability and a higher chance of injuring the ligament when overstretched or overstressed.  Some studies indicate a tendency for females to be quadricep dominant, meaning there is an imbalance between the muscles on the front of the leg compared to those on the back (hamstrings and glutes).  This imbalance could further contribute to an increased risk of injury.

Female Hormones May Lead to Injury

New research is attempting to explain a link between hormones and more specifically ovulation and how this could be related to increased risk of injury in females.  Hormone fluctuations in oestrogen levels are normal during a woman fertility cycle.  Research suggests that increased oestrogen can lead to increased ligament laxity.

There are two courses of treatment:

Recent evidence has shown that there is no difference between surgery and conservative treatment in patient-reported knee scores at two or five years post injury.

At Trained Physio East Perth, all of our Physiotherapists have special interests in knee related injuries (a few of them suffering ACL injuries themselves) they understand and relate to your exact situation and will help you decide which route is more appropriate for your lifestyle and the activities you want to return to.

How Trained Physio Can Help!

DID YOU KNOW it is important to also strengthen the hamstring muscles in the case of a hamstring graft in an ACL reconstruction?

Did you know at Trained Physio we have a fully equipped rehabilitation facility?  Check out the details here.  Physiotherapy has several goals including promote healing, reduce pain, avoiding aggravation, optimising physical function and global strengthening to restore normal movement patterns.  To see how I can help you BOOK ONLINE TODAY 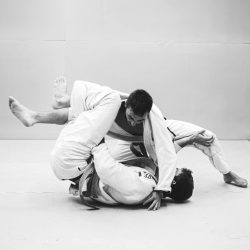 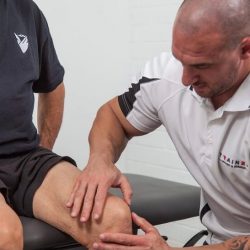 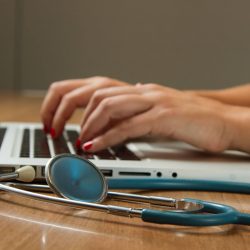