Your ACL (Anterior Cruciate Ligament) is one of the four main ligaments of the knee and is also the most common knee injury with thousands of tears occurring annually in Australia.

Surgery for the ACL Injury

Most people who tear their ACL will require reconstructive surgery, in which the torn or ruptured ACL is totally removed and replaced with a graph. Recovery can range between one and two years, depending on the patient.  Following the surgery the patient may be subject to a false sense of recovery, as they will be able to walk normally with marginal pain. This is risky, as one incorrect move or twist could damage the bones as the graph would have not become fully intergraded and could cause further complications with the recovery.

An ACL injury, which does not completely tear and the knee is still stable, can be managed through a non-operative method of recovery.  This will include strengthening the muscles around the knee through a comprehensive rehabilitation program with a qualified Physiotherapist.  This is the most effective way to prevent any further injury to the knee.

I have had my fair share of injuries in my lifetime.  From a life threatening Golden Staph infection which saw me hospitalised for 2 weeks, numerous torn hamstrings, shin splints and a broken ankle, I was seeing my Physiotherapist at the time Dr Andrew Thompson every week, you could say I took my rehab very seriously.

Following a horrible 2 years of injuries, I was back to playing the best footy of my life!  The year was 2008 and I had just been recruited from Subiaco FC to Perth Demons FC, it was round 8 and we were playing West Perth FC, I was in a marking contest when I landed awkwardly and hyper-extended my knee.  I stood up and noticed my knee had a lack of stability, which caused me a bit of worry, so I ran for the interchange and headed straight to the Physio. (At this time I had just finished my Sports Science Degree and was in my first year of Physio).  After the Physio conducted an examination his diagnosis was I had an MCL (Medial Collateral Ligament) tear as the ACL test produced a false negative, which we later found out was due to overactivity in my hamstring.  So my knee was taped up and I was back on the field.  Not long after I ran back on, I was about to change direction when my knee gave way again and I fell straight on the floor.  At this stage I didn’t know the extent of my injury however, my gut feeling told me something was not right.  I met with an Orthopaedic Surgeon the following week who performed a couple of assessments which confirmed that I had torn my ACL.  Season over.

My surgery was successful and I was able to walk out of the hospital.  Post surgery I consulted with my Physio who designed an individualised rehab programme focusing on restoring full knee range of motion, strength, power, ligament stability and rebuilding muscular balance.  I adhered to my programme every single day as well as regular manual therapy on my hamstring graph (where my graph was taken from).  I can confirm to date my ACL recon has not impacted my training whatsoever, if anything it made me focus more on strengthening my lower limbs, which I have continued to do to this day.

Once you are able to bear weight this is a good sign to commence your rehabilitation phase.  If you’d like to book an appointment you can simply book online here or give us a call on (08) 9325 7602. 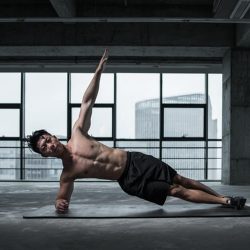 The Importance of Exercise Rehab